Many Merchants Expected To Erase Signature Requirements From Their Checkout Counters

The Credit Card Signatures are no longer required by the Associations at the point of sale when Chip Card is processed. Payment card networks and merchant acquirers still don’t have a solid read about how many merchants will take advantage of the networks’ new signature-optional policies that take effect this month. A merchant trade group, however, expects more than half of its members will cease requiring credit card signatures at the point of sale. 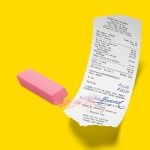 Credit Card Signatures Not Required Receipt with an eraser

“Fifty-five percent said they planned to drop credit card signatures immediately, and 25% more indicated they were still evaluating what needs to be done at their POS before deciding,” Horwedel tells Digital Transactions Newsby email. “Our sense is most of them will eventually drop [signatures] when finished with their POS changes. Merchant priorities are to move customers through checkout quickly, and they recognize signature capture provides no deterrent to fraud.”

Mastercard Inc. last October became the first network to announce that U.S. and Canadian merchants would have the option of not requiring credit card signatures for any credit or debit card transaction beginning April 13, 2018. In December, Discover Financial Services and American Express Co. announced similar policies to take effect April 13, leaving Visa Inc. as the holdout. In January, however, Visa disclosed that in April it would scrap its signature requirements for EMV chip card transactions in North America.

Queried in the past week by Digital Transactions News, none of the four networks said they knew how many merchants would take advantage of their new policies.

“It is likely that consumers will notice a gradual change in when and where their signature is requested,” says an email from a spokesperson for Riverwoods, Ill.-based Discover. “We don’t have any actual numbers to share at this time.”

Acquirers also said they didn’t have hard numbers. “This decision is at the discretion of each individual merchant and therefore we can’t comment on their plans,” a spokesperson for Columbus, Ga.-based Total System Services Inc. (TSYS), which as a large merchant-acquiring operation, says by email.

Some observers noted that many merchants will likely continue to require cardholders to sign for purchases that involve tips, and for high-value transactions and car rentals. And in some places, local law requires signatures.

Mastercard, however, said when it announced the upcoming policy change that more than 80% of its current in-store North American transactions do not require a signature. The networks years ago began removing signature requirements for low-value transactions, with $50 or less being the usual threshold today.

As noted, Visa said its policy applies only to merchants that accept EMV chip cards. Some 59%, or 2.7 million, U.S. storefronts now accept chip cards, according to Visa. Most of the laggards are small businesses, although some major retail sectors such as gas stations and some supermarkets are still upgrading from magnetic-stripe cards.

For more information or a free rate check up, contact us.

…and find you the perfect solution for your business!

We will meet or beat ANY competitors bid on your merchant processing. If we cannot, we will waive our early termination fee AND we will send a check in the amount of $500.00 on your behalf to your favorite charity.